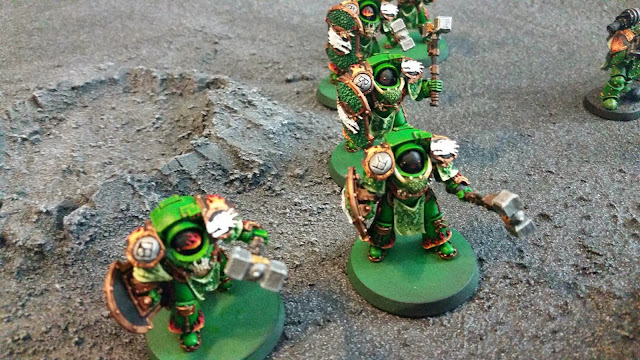 I was at Mallet master's place and called him out on a game. I have the worst luck at zone. Aka I never won, so Mallet master was gracious enough to not play his Eldar. 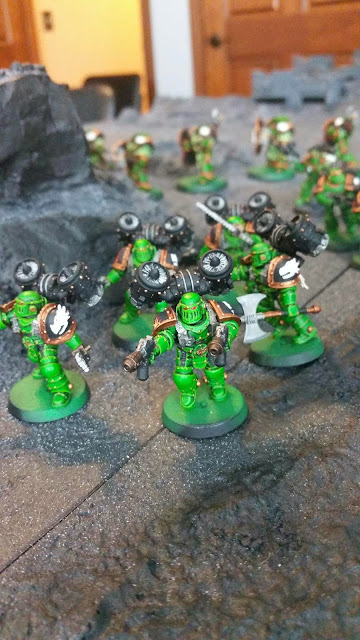 He brought 5 assault marines with two flamers and a power axe, five tacticals with a flamer and power fist, five terminators, a captain and the special apothecary. 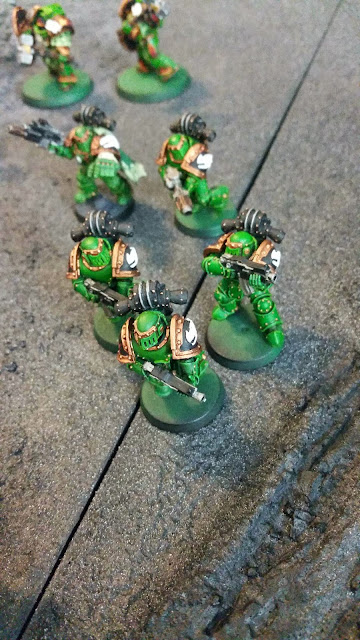 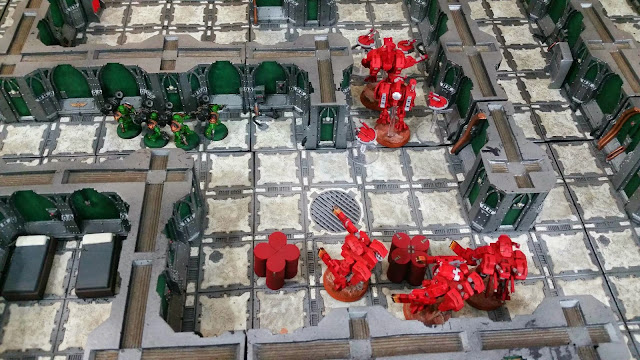 I deployed first, he then counter deployed and then seized on me. Assault marines turned a corner fast and lost one guy to over watch but made it to my fusion squad. They were able to not die all in one turn so tied him up for the greater good. His tactical sarge with power first crushed my commander, the stealth suits, and a plasma suit squad. 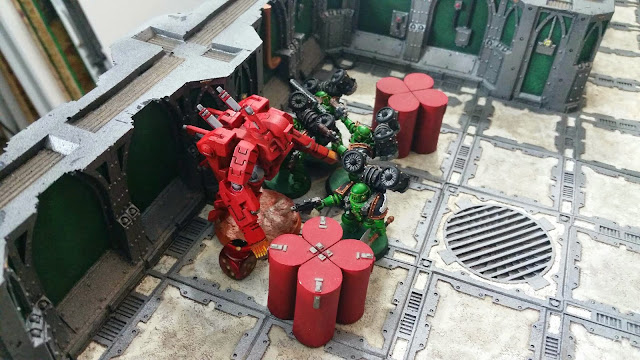 The assault marines finally saw their end, not to the plasma suits, but to their drones. The terminators spent about four turns just walking down hallways to an objective.

Another crushing defeat on zone for me. But a lot of fun, and more motivation to paint after seeing those amazing salamanders up close. Next time my Tau would rather see them from a bit further away though.
Posted by TheGraveMind